The C2TN's researchers Ana Luísa Rodrigues, Maria Isabel Dias and Dulce Russo, collaborate in a project that investigates the Roman military presence in the Northwest of the Iberian Peninsula. The work is part of the Finisterrae project financed by the European Commission through an individual Marie Skłodowska-Curie scholarship and the Multiannual Archeology Research Project "Brutus - Landscapes of conflict and interaction between the Roman army and indigenous communities in Northern Portugal (2020-2022)", both led by João Fonte (University of Exeter), member of the research collective romanarmy.eu. The excavation for this project took place in the Municipality of Melgaço between the 7th and 18th of September, and the C2TN team members have contributed by performing the absolute dating of the samples by luminescence.

Researchers from Universidade Nova de Lisboa, C2TN and Universidade de Évora and José de Mello, the director of the Hebrew Museum Sahar Hassamaim, in the frame of the ERIHS.PT Platform were in in Ponta Delgada (Açores), to characterize a set of Sepher Torah and other documents from the Hebrew Museum Sahar Hassamaim and the Public Library and Archive Regional.
Using portable equipment from the MOLAB-PT infrastructure, the study encompasses the characterization of the parchment (origin of the skin), the inks used (mostly iron-gall inks) and the evaluation of the state of conservation. The results obtained will be helpful to contextualize these Sepher Torahs and, in a future, to ascertain the origin of similar objects.
The Torahs were brought by Sephardic Jews families who migrated from Morocco to the Azores at the beginning of the XIX century. This Jewish community settled in Azores played a relevant role for the commercial, artistic and religious development of the Islands. These families founded the Sahar Hassamain-Synagogue in 1836, and nowadays is the oldest Portugal’s synagogues built after the expulsion of Jews from the Iberian peninsula. 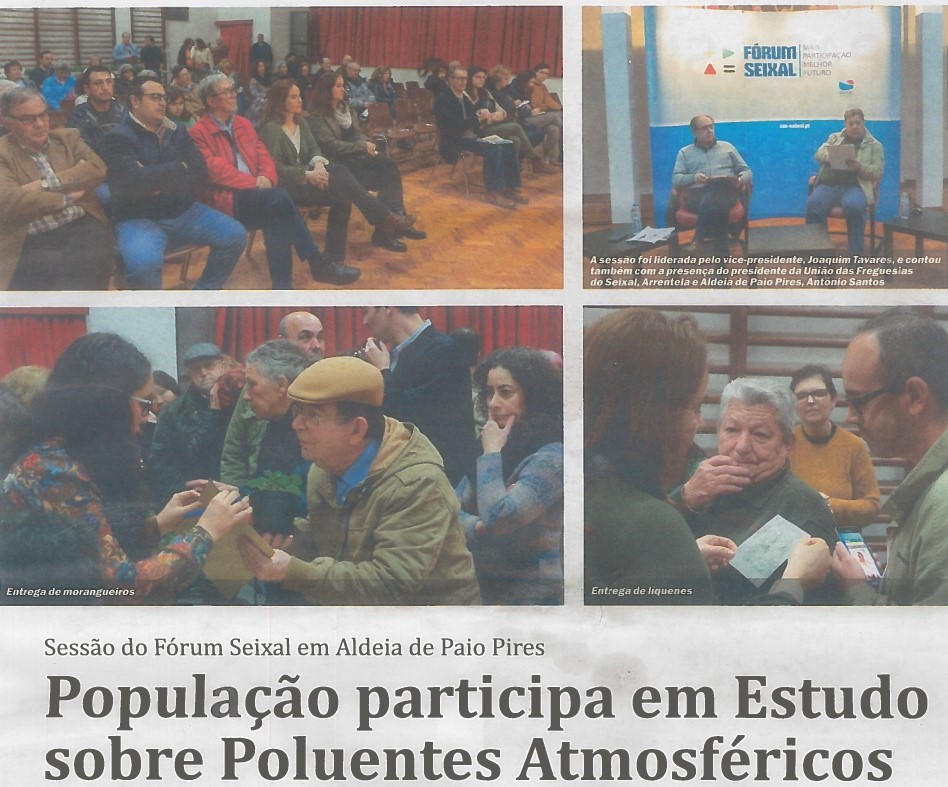 In a collaboration with the Municipality of Seixal, C2TN is conducting a study about air quality in the area of Seixal. This study gathers the chemical characterization of aerosols and also the mapping of air pollutants using biomonitoring techniques (with lichens and strawberries' leaves). The local population was invited to participate in order to show that everyone can have an active role in the monitoring and improvement of air quality.

C2TN - Centre for Nuclear Sciences and Technologies of Instituto Superior Técnico - was featured on November's issue of the magazine "País Positivo", distributed with the newspaper "Semanário Sol". The featured article focused several aspects of the research work carried out at the centre in diverse areas that include: health and radiological protection, radiopharmaceuticals for diagnosis and therapy, air quality and low carbon economy, cultural heritage, earth systems and hydric resources, and advanced materials. In addition to disseminating the basic and applied research, advanced training and scientific and technological activities related to nuclear sciences and technologies taking place at the center, the article attempts to once more demystify the idea that everything related with the nuclear or radiation fields has to have a detrimental effect or pose a threat to society. In fact, on the contrary, these areas give important contributions towards solving many of the scientific and societal problems we are facing these days. 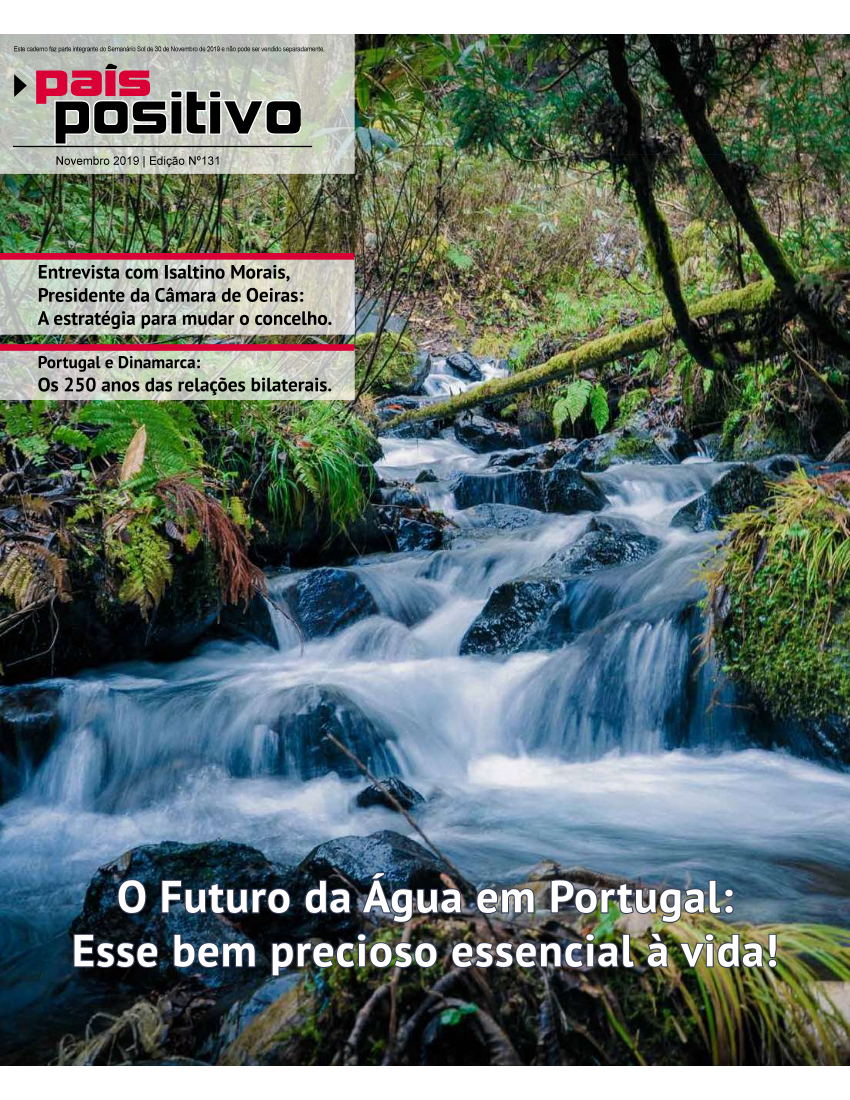 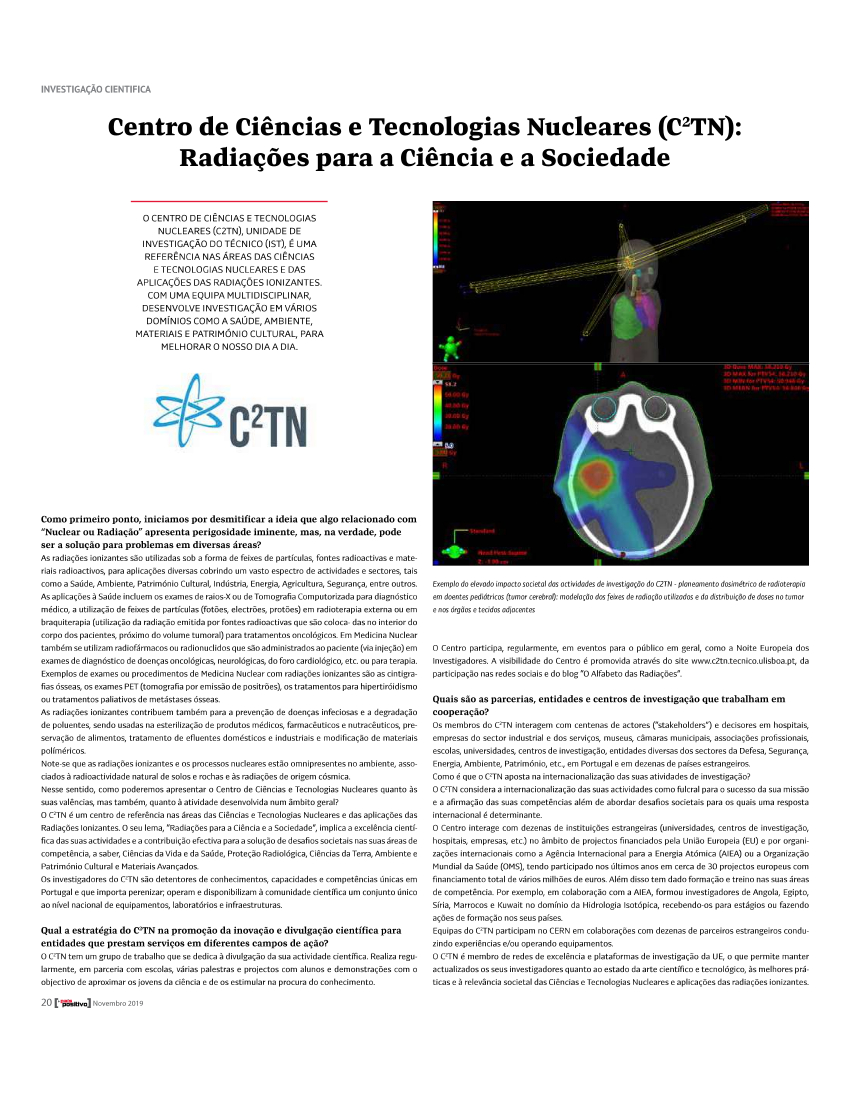 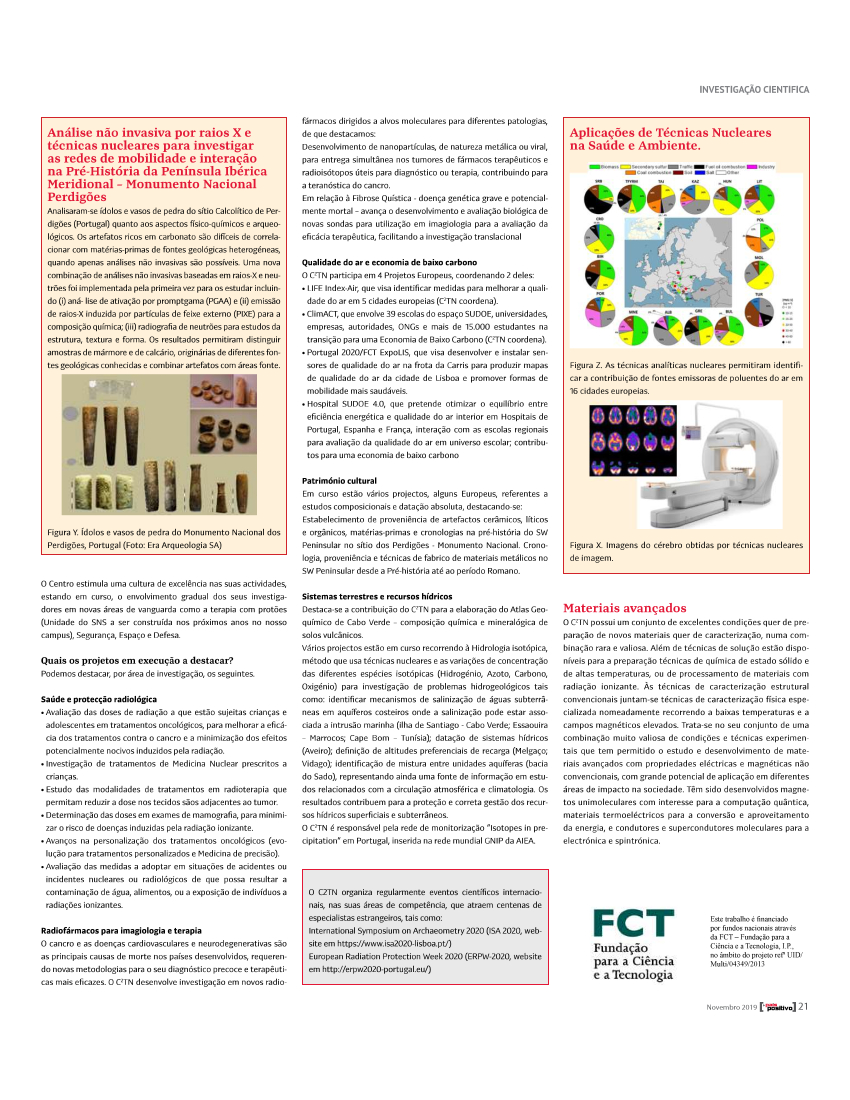 The EURADOS Annual Meeting took place last February at the Congress Centre of IST in Lisbon and was co-organised by EURADOS and C2TN. EURADOS is the biggest dosimetry association in Europe and participants from all over Europe were present.
Last edition of Magazine Valores Próprios addressed an issue related to this Meeting. 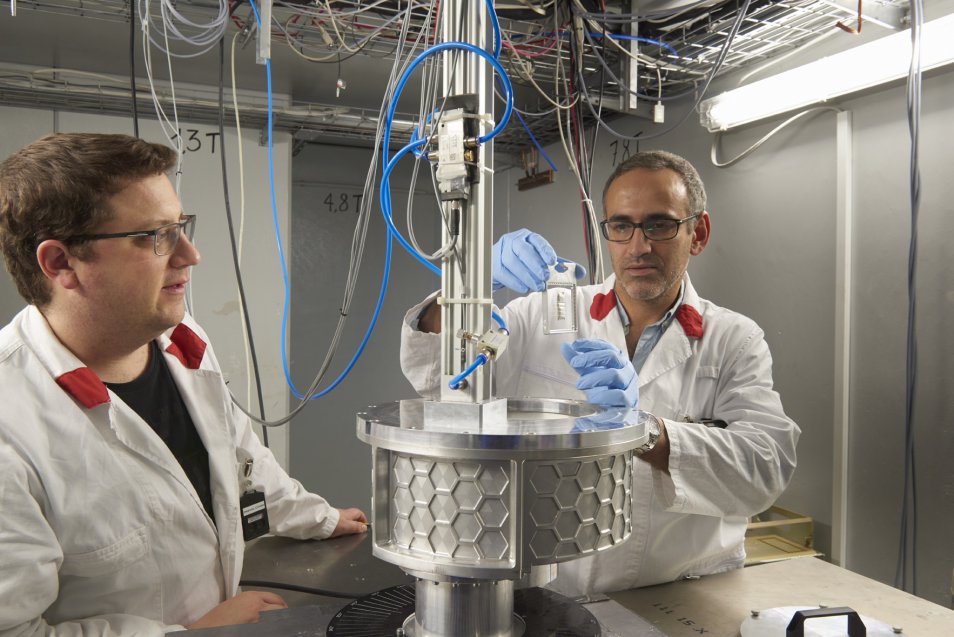 A study developed by Nuno Canha, C2TN researcher, in collaboration with researchers of the Heinz Maier-Leibnitz Zentrum in Garching (Germany) was highlighted by the German Research Center with an article entitled “Bad air: Tracking down pollution with neutrons”.

In this study, the impact of charcoal furnaces in the air quality of a Portuguese area was studied using lichens as biomonitors. Samples were sampled and prepared in Portugal and analysed in the Prompt Gamma Activation Analysis (PGAA) facility of the Heinz Maier-Leibnitz Zentrum in Garching, a collaboration with Dr. Zsolt Revay and Dr. Christian Stieghorst.

C2TN - Centre for Nuclear Sciences and Technologies of Instituto Superior Técnico is featured in the magazine "Pontos de Vista" with an article describing what is done, who does it and what are the plans for the future in the centre.

"The Centre for Nuclear Sciences and Technologies, C2TN, is a research unit created in 2013, located in the Campus Tecnológico e Nuclear of Instituto Superior Técnico. C2TN has a well-defined strategy focused in basic and applied research, advanced training and dissemination of scientific and technological activities related to nuclear sciences and technologies as well as in the provision of specialized services to the community. It is a Center of Reference at national and international level in its areas of expertise with a strong societal impact in Life and Health Sciences, Radiological Protection, Earth Sciences, Environment, Cultural Heritage and Advanced Materials. The “Pontos de Vista” magazine visited a small part of the laboratories of C2TN. Let’s walk through some of the laboratories in each scientific thematic area, guided by C2TN´s researchers. And we ask a question: what is the direct contribution of C2TN activities for science and society?"  Read full article here.