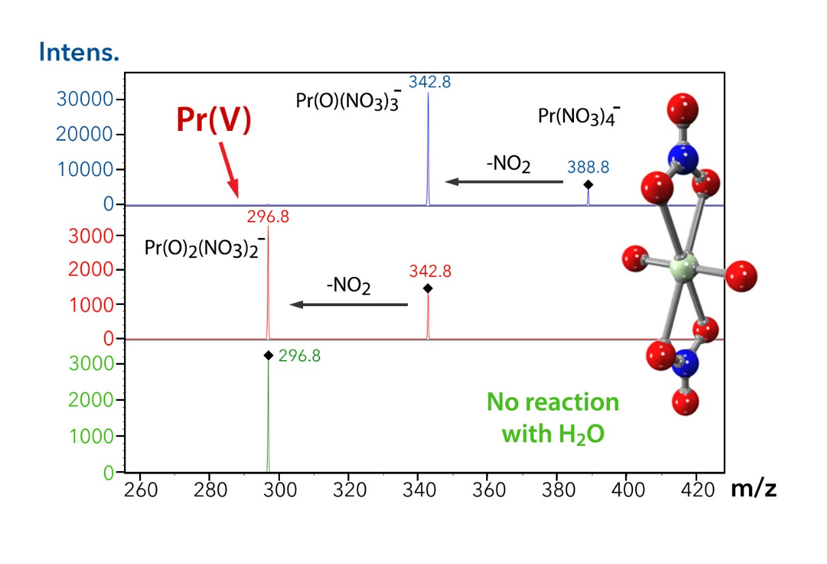 Lanthanide (Ln) chemistry is dominated by the +3 oxidation state, although some Ln show significant +2 and +4 chemistry. Recently, the synthesis of molecular Pr(V) species, in the gas phase and/or in noble-gas matrices, was reported. We have previously demonstrated that [Ln(NO3)4]- complexes, produced by ESI-QIT-MS, yield [LnO(NO3)3]- species by collision-induced dissociation (CID) after NO2 elimination, and that their relative hydrolysis behavior is related to the stability of the Ln +4 oxidation states. For Ce, Pr and Nd, it was possible to form [LnO2(NO3)2]- ions by subsequent CID of [LnO(NO3)3]-, and these anions revealed different reactivities with water, namely, hydrolysis for Ce, hydration for Nd and no reactivity for Pr. These differences seem to indicate that Pr is in a stable +5 oxidation state, which was confirmed by ab initio computations. Pr(V) is clearly accessible and higher oxidation state lanthanide chemistry could be richer than previously supposed.