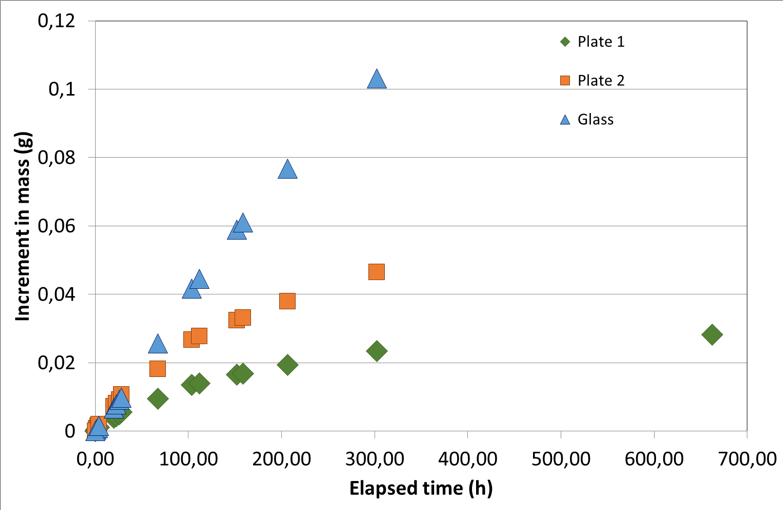 A great effort was done during last years to have available and reliable thermochemical data for molecules. Databases were developed, enthalpies of formation and bond dissociation enthalpies were measured, prediction properties enhanced, measuring devices built. During 2017 some achievements deserve emphasis:

1- The beginning of studies for the understanding of the influence of hydration waters in the energetics of crystalline compounds, namely alkaline, alkaline-earth and lanthanide chlorides.

2- After the first results published this year showing that a second chemical function has no effect in the energetics of a metal salt with monocations, a study with a divalent cation and trivalent cations (lanthanides) is undergoing.

3- Dissolution of metals in ionic liquids continues in order to clarify in which species the metal is in the solution. Also, the absorption of water by an ionic liquid was studied leading to the conclusion that it involves a two-step mechanism, superficial adsorption and diffusion inside the ionic liquids (a manuscript is in preparation).