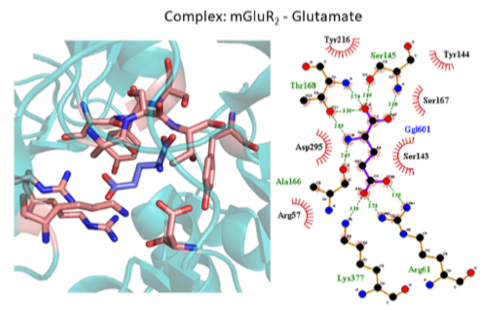 Neurodegenerative disorders are characterized by a gradual loss of neurons and encompasses a broad range of clinical diseases, including progressive dementing conditions, of which the most common are Alzheimer's disease (AD) and Parkinson's disease (PD). Currently, pharmacological research has been focused on the discovery of drug candidates with neuroprotective properties, which target disease-modifying effects, contributing to the blockade of neuronal apoptosis and subsequent disease progression. Towards this goal, we have been exploring the structure-based and ligand-based computational approaches widely employed in in-silico medicinal chemistry based on protein-protein interactions. In the future, we will use these computational approaches to design other classes of drugs, including anticancer agents and potential theranostic radiopharmaceuticals, and to predict their interaction with their putative receptors.